What is Walton token? Info and news

WTC is the ERC20 token of Walton.

As the underlying application public chain, Waltonchain combines the software-level features of blockchain with decentralization and non-tampering, and self-developed RFID chip hardware to provide traceability, authentication solutions, and design industry data for all walks of life. Encrypted and distributed storage database building services.

Waltonchain aims to create a new generation of business ecosystem that is fair, transparent, traceable, authentic and credible. According to the expansion, Waltonchain is based on blockchain technology, relies on equipment, takes the network as a link, takes value as the context, and takes data as the core to build a value IoT ecosystem of "Internet of Things blockchain" . And create a series of business application scenarios, including food traceability, luxury goods identification, product value combination, seafood transportation tracking, logistics tracking, etc., with rich application scenarios and diversified business models.

First of all, let’s take a look at the ecological development process of Waltonchain:

1. With the launch and open source of the full-featured mainnet of Waltonchain, Waltonchain has achieved cross-chain data endorsement and has started token switching.

3. The ecology of Waltonchain is developing steadily, and it is actively engaging with various industries to implement the application of sub-chains and related projects in an orderly manner, and has successively realized the application in logistics, wine industry, and agricultural traceability.

With the development of the ecology, we realize that the supporters of the community become the leaders and deciders of the new ecology, in order to create an unprecedented new business ecology.

The vision of Waltonchain is to use blockchain technology to lead people into a reliable digital life, so as to realize the consensus, co-governance, sharing and co-connection of IoT data and services in the information age. At present, the Waltonchain ecosystem is developing steadily. In the next stage, we hope that the community supporters will become the leaders and deciders of the new ecology, gather the innovative ideas and initiatives of the community supporters, and build a broader Waltonchain. ecosystem.

In order to make WTC more stably applied to the cross-chain IoT ecosystem and reduce the impact of market behavior fluctuations on WTC. The Waltonchain Foundation established the Waltonchain Autonomous Ecological Token WTA on the Waltonchain main chain to establish an autonomous foundation. 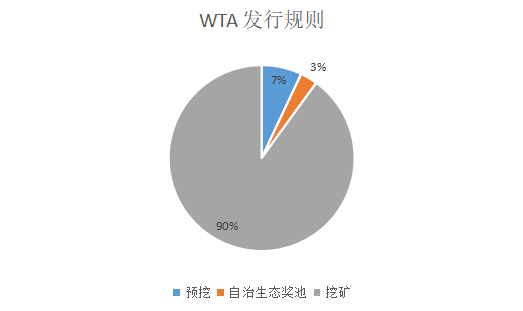 The total amount of this part is 25 million WTA. SMN and GMN users will not lose their corresponding status due to participating in pre-mining activities, and will also receive WTA airdrop rewards. After the pre-mining event, the unpre-mined part will enter the autonomous ecological reward pool.

SMN participation method: SMN participates in the 360-day lock-up mining during the pre-mining period, that is, you can get the WTA airdrop in the ratio of 1WTC: 1WTA. The airdrop will release 2% after the pre-mining, and the official mining will start 3 months later. 14% is released every month, issued on a daily basis, and the release is completed in 7 months. From 100,000 WTC, unlock WTC on the 361st day.

The total amount of this part is 10 million WTA, and the unpre-mined part will enter the autonomous ecological reward pool.

Formal mining: 90%, with a total of 450 million pieces - mining is mining, that is, locking WTC can dig out WTA, and the minimum lock-up amount is 200WTC. The mining pool will produce a fixed output of 20,000 WTA every day, which can be withdrawn at any time after it is released. Excavated in about 60 years. 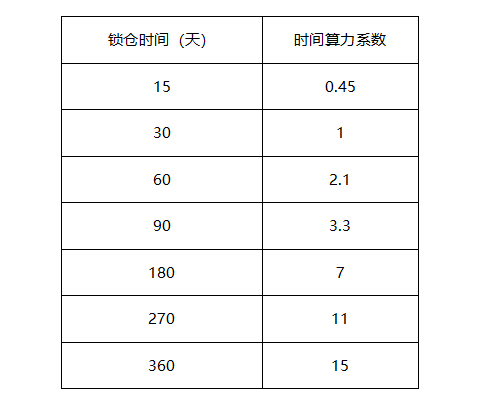 Users can have multiple mining lock-up orders at the same time.
For orders that choose 15, 30, 60, 90 or 180-day lock-up mining, no early withdrawal is allowed.
For orders that select 270 or 360-day lock-up mining, users can withdraw in advance after 180 days of lock-up, and a handling fee will be charged when withdrawing.
Users who participate in pre-mining are not allowed to withdraw early.

On the Waltonchain ecological exchange or OTC platform, WTA can be used as a deduction for part of the transaction fee. The details of the deduction will be notified by the exchange.

Users can use WTA to deduct the price of goods in the mall. The mall deduction amount will be notified by the mall.


4.1 Constitution of the Autonomous Foundation

Article 2. The foundation is composed of ordinary members and directors of the board of directors. Both parties will jointly undertake the operation and management of the foundation and perform their respective responsibilities.

Article 6. All Autonomous Foundation members have the right and obligation to express and disseminate proposals that are beneficial to the development of Waltonchain. After a round of voting for all members, the passed proposals will be submitted to the Council for final voting.

Article 7. The directors of the foundation shall bear the ultimate responsibility for the cost management of the foundation, and ensure that reasonable votes are made on the basis of calculating and measuring the matching status of costs and ecological development.

Article 9. Removal of Foundation Council members. If the directors and members of the Autonomous Foundation commit acts that endanger the interests of the Waltonchain and the Waltonchain community, any foundation member can provide evidence and initiate a vote to remove it, and trace the loss of the foundation caused by it.

1. Members can make proposals for the ecological development of Waltonchain. Once the proposal is approved by all members and the council, it will be rewarded, and the reward amount will be issued by the fund council according to the actual situation. Rewards range from 500WTA to 10,000WTA.

Applicants only need to lock up WTC for mining, and the Autonomous Foundation platform will light up the membership and start issuing WTA mining rewards.

As the core representative of the Autonomous Foundation, the Foundation Council has the final right to vote on the sub-chains, malls, exchanges, Dapps, technological development and future ecological components under the Waltonchain ecosystem.

4.3.2 Rights and Interests of Directors

Ecological decision-making: All members of the foundation have the right to make decisions and invest financial support for the sub-chains, malls, exchanges, Dapps, technological development and future ecological components under the Waltonchain ecosystem.


Note: The final interpretation right of the above autonomous ecological blue book belongs to the Waltonchain team.